Feature documentary exploring the concept of heroic women from the birth of the superhero in the 1940s to the TV and big screen action blockbusters of today. Heroic role models are important in childhood development, yet there is a dearth of these for girls. Wonder Woman provides a rare example of a female heroine who doesn’t require rescue, determines her own missions, and possesses uniquely feminine values. Featuring Gloria Steinem, actors Lynda Carter and Lindsey Wagner, and a colorful cast of scholars, writers, and fans, the film challenges pop culture’s gender biases by looking at how Wonder Woman’s storyline changed over time while considering how women are rarely depicted as heroic, powerful, or world-changing.

Wonder Women! The Untold Story of American Superheroines is a 2012 documentary film. The work traces the evolution and legacy of Wonder Woman. From the birth of the comic book superheroine in the 1940s to the blockbusters of today, WONDER WOMEN! looks at how popular representations of powerful women often reflect society’s anxieties about women’s liberation
Wonder Women! goes behind the scenes with Lynda Carter, Lindsay Wagner, comic writers and artists, and real-life superheroines such as Gloria Steinem, Kathleen Hanna and others, who offer an enlightening and entertaining counterpoint to the male-dominated superhero genre.

In her director’s statement, Kristy Guevara-Flanagan said: “When I started telling people about this film, men and women had wildly different reactions. Most of the guys admitted that Wonder Woman was their first TV crush. Women reminisced about how they pretended to be her: twirling a rope to capture foes or spinning to transform themselves into superheroes. I loved the idea of looking at something as populist as comics to reveal our cultural obsessions, and in particular, how women’s roles have changed over time. The narratives of our most iconic superheroes, told and re-told over decades, boldly outline our shifting values. That’s one story WONDER WOMEN! tells, but to me, it’s not the most interesting one. I hope the film also conveys the unpredictable ways those icons can shape and even transform us in return. For some it’s Lara Croft, for others it’s Buffy the Vampire Slayer, but we all need those iconic heroes: they tell us we have the power to slay our dragons and don’t have to wait around to be rescued”. 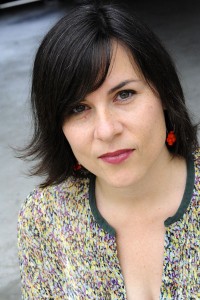 Filmmaker Kristy Guevara-Flanagan on the Making of Wonder Women!